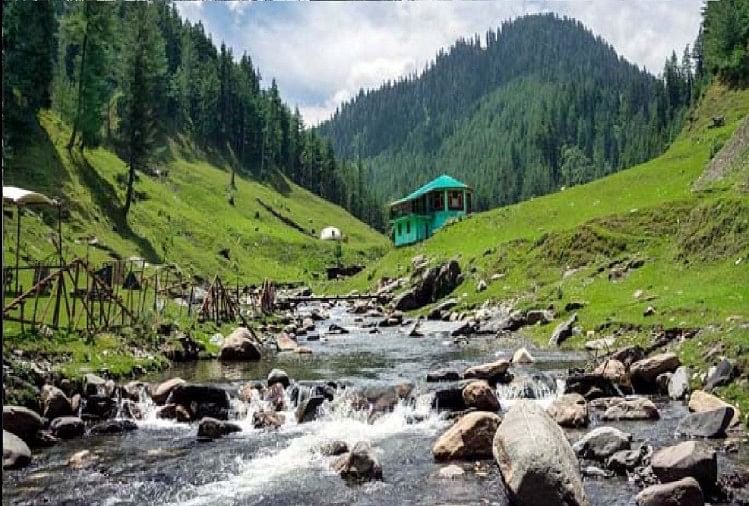 Bhaderwah Valley, popularly known as Mini Kashmir, is again resonating with the sound of Cut, OK and Good Shot. The shooting of the web series is going on here, which is to last for about 40 days. Film actor Arbaaz Khan is taking part in it. Arbaaz Khan is busy shooting after reaching Bhaderwah on Sunday. Along with this, other film stars have also reached here. He will stay in Bhaderwah for 20 days. At the same time, people also have enthusiasm for shooting. Every effort is being made by the Jammu and Kashmir government to bring the stars of Bollywood to Jammu and Kashmir for shooting and now it is getting success. Famous artist of volleybud Arbaaz Khan is in Bhaderwah since Sunday. He has reached Bhaderwah for the shooting of a web series. He has started shooting from Monday. The shooting is being done at different locations. Rajat Kapoor and Ali Goni have also reached with him. Most of the shooting is being done on Bhaderwah-Chamba road. Some portions of the shoot are being shot at the bus stand as well. The web series is said to be based on terrorism.

Ridder helps No. 8 Bearcats rally for 38-24 win at Indiana