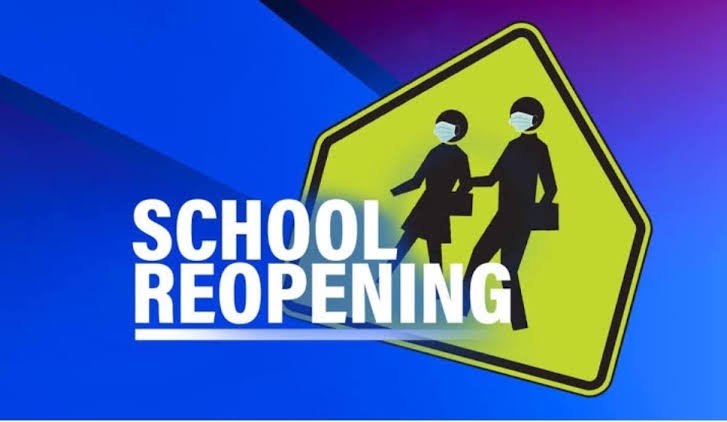 Srinagar : J&K government directive allowing conditional reopening of schools for Class 10 and 12 students has evoked a lukewarm response among the students and their families in the Valley. This has found a reflection in the low turnout in the school campuses across Kashmir.

On September 5, which is observed as the Teacher’s Day, the Covid containment guidelines issued by J&K government permitted students of Class 10 and 12 to attend the schools yet with the rider that that only 50 percent of the enrolled number could attend on a given day.

Yet another rider was that the class 12 students needed to be fully vaccinated while Class 10 students would have to undergo a RAT or RT-PCR test before entering the campus.

It was the second time in the past 17 months that the permission for on-site teaching in schools was given in Kashmir and the other parts of J&K.

However even three days after the order came into effect, the schools have yet to witness the buzz of students.

Shazia, a teacher in a Higher Secondary School in Srinagar said that the students were only coming for practical and lab sessions which were going on even before the government allowed the on-site or in-person teaching.

“ Class work has not resumed yet in schools,” she said. Many other teachers from various schools in Srinagar echoed similar views.

Director School Education Kashmir, Dr Tasadduq Hussain Mir said that the government order clearly mentioned that no student could be allowed on the campus without prior written consent of parent(s).

“ Many students came but without consent or without the vaccination certificate,” he said. He said that the on-campus education was yet to take off fully due to this problem.

Meanwhile vaccination booths were set up in various schools to cater to the requirement of students and staff.

A senior immunization officer said that the impetus of vaccination was on second dose in educational institutions as most of the staff had received the first dose.

“ The Health department wished to cover the gap vis-a-vis the second dose in the next few weeks and the booths will also benefit the students who are eligible,” he said.

Schools, other than for classes 10 and 12 will remain closed as per the government order.

Higher educational institutions were permitted to resume limited in-person teaching subject to permission by the district administrations and vaccination status of staff and students.

Step into a successful career with Artificial Intelligence & Machine Learning

JKSSB Selection list of the candidates for the post of “Accounts Assistant” (Panchayat), Department of Rural Development

Open warfare breaks out between liberals and moderates over Biden agenda

Biden Follows Through On Pledge To Take In More Refugees