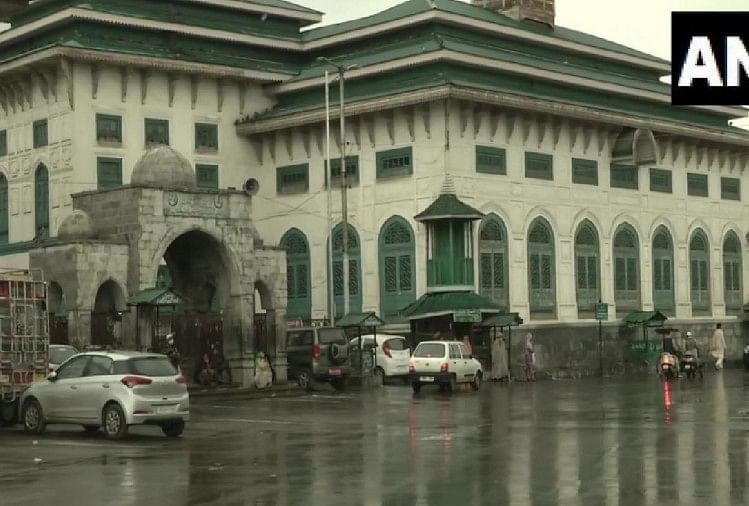 Due to Corona in Jammu and Kashmir, the festival of Eid was celebrated only in limited gatherings throughout Srinagar. An employee of the mosque in Srinagar says that as per the rules of the government, the big mosques are closed. Namaz is being offered only in mosques of smaller communities. He said that we pray that Allah save us from the Kovid epidemic. Bakrid is being celebrated with pomp across the state on Wednesday. This time Eid prayers were not offered in Idgahs due to Kovid, while a limited number (25) of people have been allowed to offer Namaz in mosques too. Bakrid prayers were read at 8:30 in the morning at Jama Masjid located at Khatika Talab in the city. Special preparations were made for this by the mosque management. The Imam of Khatika Talab Jama Masjid said that the Kovid SOP is being fully followed in the mosque.