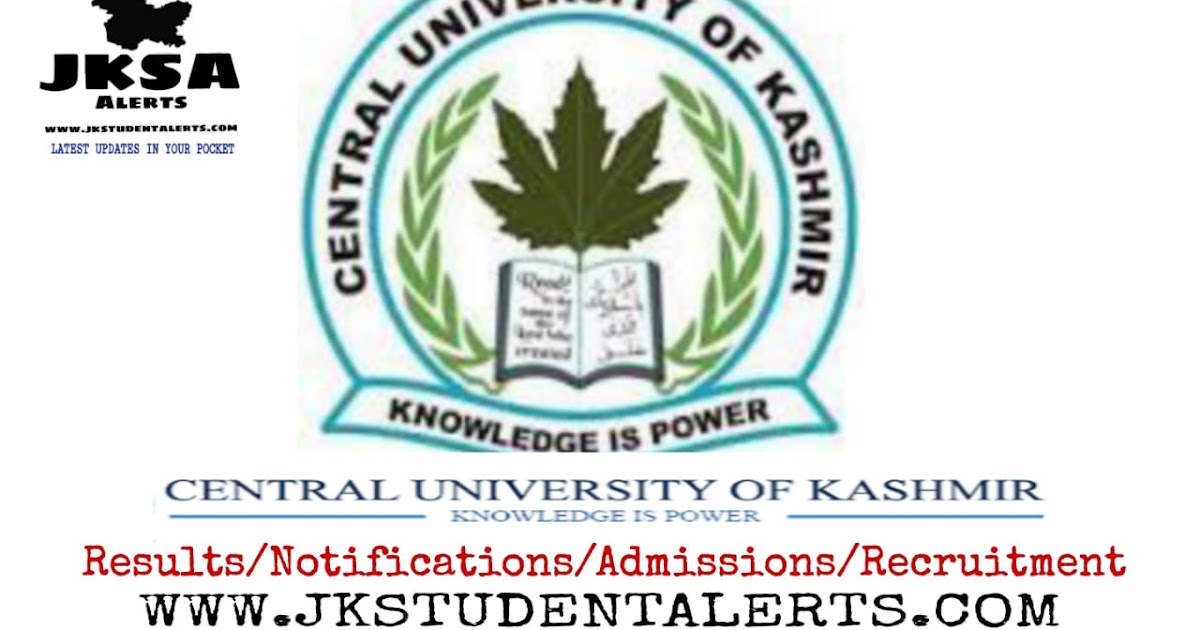 Interaction likely in first week of Augus
Srinagar, July 23 :
Fourteen candidates including three professors from Kashmir have been shortlisted for their interaction with the search committee constituted to draw a panel of candidates for the appointment of the new vice chancellor of Central University of Kashmir (CUK).
A top official said that the three professors from Kashmir shortlisted for their interaction with the search committee include Prof Shakeel Ahmad Romshoo, Dean Research Kashmir University (KU), Prof Khurshid Iqbal Andrabi of Biotechnology Department KU and Prof Muhammad Afzal Zargar who is currently Dean Life Science CUK. Among other candidates shortlisted for the post include Prof Javed Musarrat, former VC Baba Ghulam Shah Badshah University.
Professors from Pune University, Allahabad University, University of Mumbai, Aligarh Muslim University and Osmania University Hyderabad have also been shortlisted for the post.
Over 200 applications were received from the eligible candidate for the post of the VC CUK.
The five-year tenure of incumbent VC Prof Mehrajuddin Mir completed in September 2020.
However, he was granted extension till the appointment of the new VC for the university.

Prof Mir was appointed as the VC CUK in September 2015 by the then President of India.
The members of the search committee constituted by the Government of India to draw a panel of names include renowned academician and former VC Jalees Ahmed Khan Tareen, Prof Jawahar, Prof S K Singh, Prof S P Singh and a well-known educationist Prof Ramabrahmam who is also the incumbent VC of the Central University of Odisha.
The search committee convened its first meeting in the first week of January this year to scrutinise the applications of the candidates.
After holding the first meeting, the committee put the further proceedings at halt for some time.

However, the names of 14 candidates have been shortlisted for the post.
The official said the search committee is likely to hold interaction with the shortlisted candidates in the first week of August.
“ After that, the panel of five candidates will be framed and submitted to the President of India for the appointment of one candidate as VC CUK,” the official said.