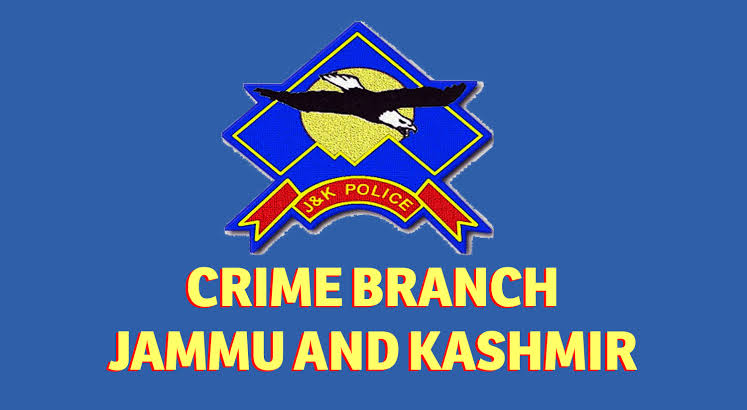 Srinagar, Sept 15(GNS): Crime Branch Kashmir on Wednesday filed chargesheet against a resident of New Delhi pertaining to fake DO letter of former parliamentarian in 2012 to ex-minister health minister in the J&K state government for adjusting some people in the department as casual labourers and nursing orderlies.

A police official told GNS that the charge sheet in case (FIR No: 33/2014) U/S 420 RPC of Police Station Crime Branch Kashmir was filed against Mohamed Shahid Khan son of Mohamed Saleem Khan of B-38 Nazim-ud-Din West New Delhi before the Court of Judge Small Causes Srinagar.

Regarding the case, the official said that the Crime Branch Kashmir had received a communication from Sham Lal Sharma, the then Minister for Health, J&K State on 29 August 2012 alleging therein that he received a communication, in form of DO letter duly signed by the then Member Parliament regarding adjustment/engagement of relatives of one Mohd Yousuf Bhat of Mochwara Shopian and others in the Health Department as casual labours/nursing orderlies.

Further it was alleged, that after making a correspondence with the office of Member Parliament, the DO letter was found fake and fictitious.

Accordingly, the official said, a probe was initiated in Crime branch Kashmir. During enquiry it was established that one Shah Ahmad Khan Darya Gunj, New Delhi had by misuse of letter heads of All India Congress committee and after resorting to manipulation of documents , made fake recommendations attributed to Moti Lal Vohra for adjustment/engagement of beneficiaries etc.

On this count, the official said, a case (FIR No: 33/2014 ) of Police Station Crime Branch Kashmir U/S 420 RPC against the accused person was registered and the investigation set into motion. During the course of investigation, the official said, it was established that accused had duped complainant and grabbed an amount of Rs. 25 Lacs on the pretext of providing Job in Health Department by issuing a fake DO letter of then Member Parliament Moti Lal Vohra.(GNS)

Halloween advent calendars for kids to count down to Oct. 31

Good news for LIC customers, now this work will be easy – informalnewz