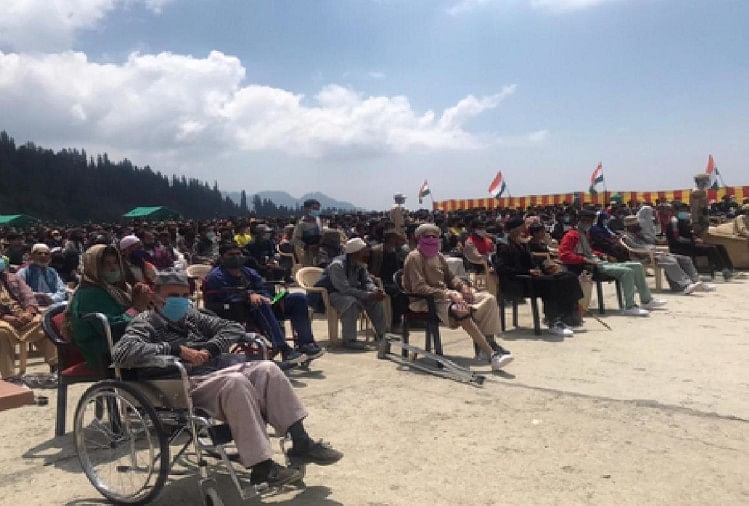 The Indian Army has also come out as a helper for the people of Keran sector, who become the support of the soldiers near the LoC. The army gave new life to many people by setting up an artificial limb fitment camp at Farkian Gali in Kupwara, about 125 km from Srinagar, at an altitude of about 10,000 feet. The local people of Kupwara, the frontier district of North Kashmir, often help them in every task by staying with the Indian Army. Many work as porters. But during this time the people of these areas adjoining the LoC often become the target of the enemy directly or indirectly. Sometimes their houses are destroyed in Pakistani shelling and sometimes they also have to lose their lives. Sometimes they have to be the target of the gunpowder laid for the enemy. For many such local people, the Indian Army set up a camp in Farkian Gali. In this 76 victims were helped. People from villages like Keran Pine, Keeran Bala, Mandis, Nagas, Tringaniyan, Kalas, Bani, Kundian, Patro, Daddar, Kralpora, Ready, Chowkibal, Mapta, Warsanu etc. reached.