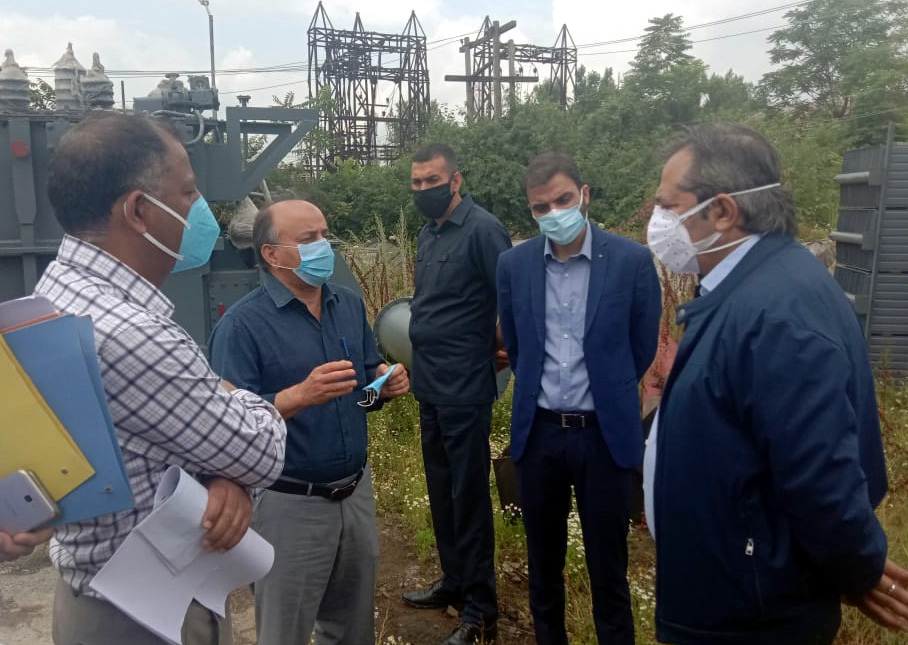 SRINAGAR, JULY 13: Stressing on the need for stabilization and modernization of power supply in Jammu and Kashmir, Advisor to Lieutenant Governor, Baseer Ahmad Khan today directed the officers to double their efforts in order to provide efficient power supply to the consumers.

He made these remarks during his visit to review the functioning of Central workshop Division Pampore and Electric Central Store Division Pampore. Advisor also visited various places in Srinagar where branch pruning is in progress and directed the officers to complete the task within stipulated time as a proactive measure for winter preparedness and to avoid any transmission disturbance due to heavy winds and vagaries of weather. He directed the officer to have the first round of pruning completed by 15th of September and the second round by 10th of October. He said all the power corridors should be free from any interruptions on this behalf.

The Advisor directed the officers to take all necessary measures to meet the energy demands of people and initiate the process of up-gradation and replacement of old and obsolete infrastructure to keep up with the requirements of the department.

While inspecting the workshop at Pampore, he inquired about the technical specifications and reviewed the overall functioning of the workshop including staff strength, status of faults, power schedules, functioning of control rooms, complaint redress mechanism and repair of transforms.

Chief Engineer PDD informed the Advisor about the steps being taken for up-gradation in order to provide efficient power supply to the people. He said that 45000 poles, 10 kms of conductor wire besides other infrastructure will be laid in coming days in order to improve the power supply. He informed that some infrastructure equipment has already been procured while the rest is at the tendering stage. Advisor was also informed that insulated cables will also be laid in 45 towns.

Advisor also laid stress on third party verification at different levels regarding the laying of poles and wiring and said that Deputy Commissioners should report about the achievements in their respective districts.

Advisor said that the Lieutenant Governor is personally monitoring the power scenario and is very particular about ensuring better power supply in the Union Territory of Jammu and Kashmir.

Advisor said that government has augmented the infrastructure to ensure that the uninterrupted power supply could be provided to the consumers as far as possible. Advisor further said that all the projects should be completed within the stipulated time frame and wants everything to be rolled out on the ground.

The Advisor further directed the Power Department to streamline the power transmission and distribution system and passed on specific directions to minimize transmission and distribution losses. He also directed the officers to reduce the incidence of outages as far as possible and micro level planning should be done in this regard and said that by the onset of winter, the department should be in a comfortable position to provide efficient power supply.

The Advisor also enquired about the frequency of damaged transformers received in the division on daily basis and the position of Buffer Stock available. He also had physical inspection of buffer stocks of poles, transformers, conductors and other material. He directed the officers to stick to the timeline for repairing of transformers.

Advisor further directed to maintain sufficient buffer stock including Power transformers so that the same becomes ready for use in case of any urgent situation and stressed upon strengthening the Central workshop Division.

Advisor also directed the MD KPDCL to set their targets and achieve desired results while reviewing the overall functioning on fortnightly basis, besides increasing the inspections.

He further directed them to speed up the trimming or cutting down of trees underneath power lines to avoid damages.